When Hebrews 6:4–6 say that "it is impossible...to renew them again to repentance," is it referring to Christians losing their salvation?

For it is impossible for those who were once enlightened, and have tasted the heavenly gift, and have become partakers of the Holy Spirit, and have tasted the good word of God and the powers of the age to come, if they fall away, to renew them again to repentance, since they crucify again for themselves the Son of God, and put Him to an open shame.
—Hebrews 6:4–6

The above passage seems to suggest that a person who once believed in Jesus and was saved can still fall away and lose his salvation. But is it really teaching that? The following answer is extracted from Grace Revolution, pp. 232–233:

We believe that it is completely possible for a person to have head knowledge of the Bible and the Lord Jesus, and still reject Him and not value Him as their personal Savior. A good example of such a person is Judas Iscariot. He outwardly experienced the favor, protection, and power of the Lord and escaped the pollutions of the world by being associated with our Lord Jesus. He was physically with Jesus and the disciples day and night. He witnessed and even partook of the miracles of Jesus, from the feeding of the five thousand to the raising of Lazarus. He witnessed the healings of the blind, lame, and demon-possessed (see Matt. 4:24). And yet never once did he acknowledge Jesus as his personal Lord and Savior.

So Judas is an example of someone described in Hebrews 6:4–6, one who was once enlightened (he knew who Jesus was), tasted the heavenly gift, partook of the Holy Spirit (even performed miracles by the power of the Holy Spirit upon him, see Matt. 10:1–4), and tasted the good Word of God, yet never believed Jesus as his Lord and Savior. His was an outright rejection of Jesus. And as the Scriptures describe, Judas Iscariot suffered an ignoble end (see Acts 1:16–20). It was a sad end for someone who had once enjoyed such physical proximity to Jesus.

Judas Iscariot was one of twelve men who had the privilege of being appointed by Jesus as His disciples. He was one of only twelve men who were Jesus’ closest companions during His earthly ministry. Yet he used his free choice to reject Jesus. So Hebrews 6:4–6 refer to professors of Christianity who, like Judas Iscariot, were never genuine believers of Jesus Christ. We believe it is important that this passage should never be used to threaten and bring fear to true believers, scaring them with the lie that they can easily lose their salvation and eternal security in Christ. 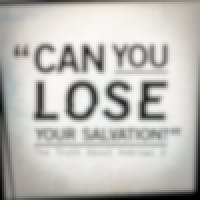 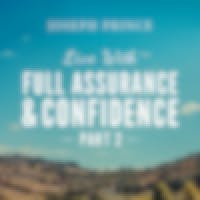 Live With Full Assurance And Confidence—Part 2