Is grace a license or excuse to sin, as some claim? I know of so‑and‑so, who says he is under grace, but he has now left his wife to be with his mistress.

[This answer is adapted from Grace Revolution, chapter 2, Inside-Out Transformation, chapter 5, Begin Living with Confidence, and chapter 6, Why Preach Grace?]

Anyone who says that the preaching of God’s grace produces a license to sin probably doesn’t fully grasp the power of God’s transforming grace. Grace lifts a person who is struggling in sin out of their life of defeat. Grace produces true holiness. By true holiness, I mean holiness that is lasting. How can anyone think that to come under grace is to turn a blind eye to sin, when grace opens our eyes to see that it was our sins that put Jesus on the cross and cost Him His life?

Grace is the power of God to overcome every sin. But if anyone who is living in sin claims that he is under grace, let me be the first to tell you that this person is not living under grace. The authority of God’s Word proclaims that “sin shall not have dominion over you, for you are not under law but under grace” (Rom. 6:14). No one can use God’s grace to justify his or her sin! It is contrary to God’s Word and contrary to the gospel of grace. True grace swallows up the destructive power of sin.

Just see how Jesus dealt with the woman caught in adultery in the Gospel of John. To the Pharisees who had flung her at His feet, He said, “He who is without sin among you, let him throw a stone at her first.” One by one they dropped their stones and left. After the last of her accusers had left, Jesus asked the woman, “Woman, where are those accusers of yours? Has no one condemned you?” She replied, “No one, Lord.”

Let me ask you this: did Jesus compromise on God’s holiness? Absolutely not! His first words were: “He who is without sin among you, let him throw a stone at her first.” He treated sin as something that had to be severely dealt with. Sin demands punishment, and Jesus knew that He would take on the punishment for all her sins at the cross. Sin is destructive. Sin tears marriages, families, and loved ones apart. And in the case of adultery, when there are children involved, it is these innocent ones who suffer the most. This is why the Bible warns strongly about the destructiveness of adultery: “Do not let your heart turn aside to her ways, do not stray into her paths; for she has cast down many wounded, and all who were slain by her were strong men. Her house is the way to hell, descending to the chambers of death” (Prov. 7:25–27).

So let me make this absolutely clear: Sin is horrible! Sin comes with damaging consequences. I am against sin and that’s why I preach God’s grace! His grace is the only answer to overcoming sin!

Let’s learn from the account in John 8 how Jesus helped this woman out of the sin of adultery. Did He recite the law of Moses to her? Did He command her to repent and confess her sin? You and I know that Jesus didn’t do either of the above. Yet that is what is being taught as the answer to sin in many places today.

My friend, to the adulteress at His feet, our beautiful Lord Jesus simply showed her grace that she didn’t deserve. He drove her accusers away with the same law of Moses they had come to impose on her. And He gave her the gift of no condemnation, which liberated her and enabled her to “go and sin no more.” Jesus never endorsed her sin! But in giving her the gift of no condemnation, He showed her the way out of her sin.

Some people have been using the word grace freely. They call themselves grace preachers, grace ministries, or grace churches. But I encourage you to be discerning and to test everything you hear. Just because they use the word grace in their teachings doesn’t mean they are accurately or truly representing the gospel of grace. Test everything! Be sure that their position against sin is clear. 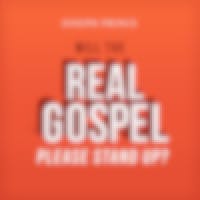 Will The Real Gospel Please Stand Up? 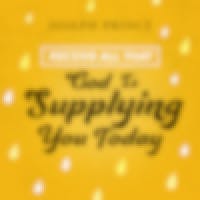 Receive All That God Is Supplying You Today 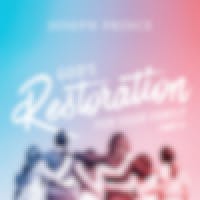 God's Restoration For Your Family​—Part 2​ 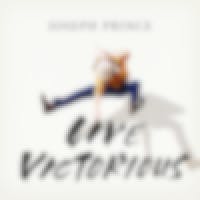 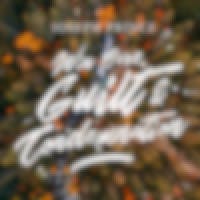 Win Over Guilt And Condemnation