Enjoy FREE SHIPPING for orders above $80 within United States.
Questions About The Bible / Forgiveness and Confession of Sin

What about the confession of sins spoken of in 1 John 1:9? Do we have to confess our sins in order to be forgiven and cleansed of all unrighteousness?

When I preach that all our sins have been forgiven and that we are perpetually under the fountain of the ever-cleansing blood of Jesus, I’m often asked this question.

My friend, you are looking at someone who went all the way with the traditional interpretation and understanding of this verse. As a young adult earnestly wanting to live a holy life and please God, I started confessing my sins all the time when I received that teaching. I didn’t want to spend even one minute not being “right with God.” So when just one wrong thought crossed my mind, I would confess that sin immediately. I would cover my mouth and whisper my confession, even if I was in the middle of a soccer match with my friends!

Needless to say, I appeared weird to my friends. I was also perplexed as to why my Christian friends weren’t confessing their sins as I was. Why weren’t they serious about wanting to be 100 percent right with God?

The constant, unceasing confession of my sins made me extremely sin-conscious. I became so aware of and troubled by every negative thought that I believed there was no more forgiveness for my sins. I even began to believe that I had lost my salvation and was going to hell! The enemy took advantage of my obsession with needing to confess every sin and placed me under constant condemnation. The oppression grew so heavy that I felt as if my mind was about to snap!

I’ve shared more extensively about my past struggle with 1 John 1:9 and what the verse is actually about in my book Unmerited Favor.1 So let me give you just a quick understanding of the subject here:

There was no greeting to believers, unlike what we find in his second and third epistles. Instead, the apostle John opens up his first epistle with a direct address to the serious heresy of the Gnostics—“That which was from the beginning, which we have heard, which we have seen with our eyes, which we have looked upon, and our hands have handled” (1 John 1:1, emphasis mine). John was telling them that Jesus had indeed come in the flesh, as he and his fellow disciples had heard, seen, and touched Jesus.

To the theologian, I want to share with you a powerful revelation that the Lord just opened my eyes to. In my study, He asked me to examine the word sins in 1 John 1:9 and to see if it is a noun or verb in the original Greek text.

In the two instances where we see the word “sins” in 1 John 1:9, it is the Greek noun hamartia that is used. According to well-known Bible scholar William Vine, hamartia (“a missing of the mark”) indicates “a principle or source of action, or an inward element producing acts . . . a governing principle or power.”3 In other words, it refers to the sin principle, or our sinful state on account of Adam’s sin. By using the noun form of this word, John was clearly not referring to our committing of individual acts of sin, or he would have used the verb form, hamartano.

In the light of this, can you see how 1 John 1:9 is not talking about confessing our sins every time we sin in thought or in deed? John was speaking of the need to acknowledge and confess to God that we are sinners because of Adam’s sin, as well as to receive the total forgiveness for all our sins through Jesus’ finished work. How often do we need to do this? Only once.

That’s why 1 John 1:9 is primarily a salvation verse, one that encourages the sinner to acknowledge and confess his sinful state or “sinnerhood,” get born again by faith in our Lord Jesus Christ, and have his sinful state through Adam replaced with a new righteous state through Christ. The heretical Gnostic doctrine did not subscribe to a belief in man’s sinful state. John was addressing this heresy directly in the first chapter of 1 John and encouraging the Gnostics to confess their sinful state and receive the Lord’s complete forgiveness and total cleansing from all their unrighteousness through His finished work at the cross.

Now, what does the apostle John say then, about our committing of sins after we’ve become believers? Just two verses later in the second chapter of 1 John, John answers this question as he begins his address to believers: “My little children, these things I write to you, so that you may not sin. And if anyone sins, we have an Advocate with the Father, Jesus Christ the righteous” (1 John 2:1).

This time, the words “sin” and “sins” are the Greek verb hamartano. John is now referring to believers’ committing of sins—their sinful thoughts and deeds. What does John say regarding this? He reminds us that when we fail as believers, we have an Advocate with the Father—Jesus Christ.

Because of our Lord Jesus and what He has accomplished at the cross, we have forgiveness and we still stand righteous before God even when we’ve missed it. As the apostle Paul reminded the Corinthian believers who had failed that they were still the temple of the Holy Spirit, John reminds us of who we are in Christ and who we have representing us at God’s right hand.

Can you see that the Bible’s answer to overcoming sin is always to remind believers of their righteous identity in Christ? This is not to encourage us to sin but to encourage us to look to our Lord Jesus, to see our sins punished at the cross and to live victoriously and gloriously for Him. That is what true repentance is all about—turning to the cross and returning to His grace! When you fail today, know that you can talk to God honestly about your failing, but do it with a revelation of the cross of our Lord Jesus. See your sins punished in His body and receive afresh His forgiveness and unmerited favor to reign over your sins. 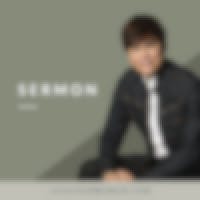 What About 1 John 1:9? Understanding The Power Of Complete Forgiveness 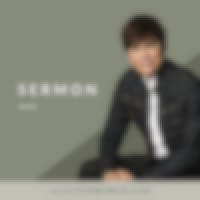 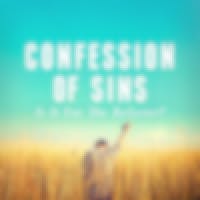 Confession Of Sins—Is It For The Believer? 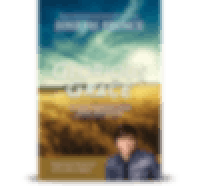 More questions about Forgiveness and Confession of Sin